GIVEAWAY ALERT! James Weston is the strong silent type, so I had to convey a lot through him with very little dialogue. Who’s your favorite silent, sexy type from books, movies or TV? Comment with your choice (I’ll comment with mine!) for a chance to win the SECOND SIGNED COPY  of THE DANGEROUS THIEF! Good luck!!! 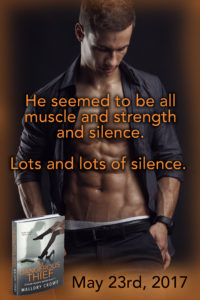 James Weston glanced over at Willa out of the corner of his eye. She was trying to sleep but he could tell from the tension in her body that she was still awake. He didn’t really know what to make of the socialite next to him.

She would talk nonstop if he let her, so he tried his damnedest not to encourage her. He was well aware that he came off as a dick, but he wasn’t worried about her liking him. He was being tasked to keep her alive and help take down Jadon Belli, not make friends.

And he had a feeling a girl like that would never be friends with a guy like him. There were just too many rungs on the social ladder separating the two of them. She probably had a cell phone full of contacts who were all friends of some sort. She didn’t need to add him to that list.

They were just passing over the edge of his property line and it would only be a few minutes until they reached the house. James had a good setup here. Nothing fancy like the high-rise apartments she was used to, but it served his purposes.

The borders were set up with motion sensor cameras to let him know when someone entered the area, and he had stashes of supplies set up at various locations all within walking distance of the main compound. Well, walking distance for him at least.

But if Willa was running from something and wanted to stay off the grid for a while, this was the best place for her. He knew of a few safe houses he could’ve taken her to, but this would also make it harder for her to change her mind.

There were no cab or car companies that would venture this far out in the middle of nowhere. If Willa decided to bail, the only option she’d have would be walking off, and she probably wouldn’t survive the trek.

Because he’d lied to her. Yes, he was going to keep her safe and help her go after her father, but that wasn’t the true target. Jadon Belli was the last puzzle piece that needed to be solved before he found his true target. Sterling. The man who had orchestrated Isobel Murray’s murder and Melody’s kidnapping.

He was tasked with retrieving Melody, and not only had he failed to get her out, but Isobel had died in the process. Even if Melody wasn’t paying him, he owed their family, and that meant he was going to help them bring down Sterling, no matter what.

So if Willa could provide them with leverage to get Jadon Belli to flip on Sterling, he’d consider his mission accomplished. And he liked to accomplish missions, no matter what.

As they left the paved road and started to bounce along the gravel, Willa opened her eyes, giving up her attempts to sleep. “Are you sure you know where we’re going?”

He wasn’t sure whether that was a rhetorical question or not, so he kept quiet. She would see the house any second now and that would answer her question.

Sure enough, they turned a corner and there was the main house. His hundred-and-fifty-acre property had a few buildings on it, but only one was livable. The old ranch house wasn’t much, but it served his purpose.

The house was rather square. There wasn’t fancy architecture or anything. The white vinyl siding had turned beige with age and the porch had an old rocking chair that had been there since he bought the place and which he’d never used.

Willa looked the place up and down and James couldn’t figure out what was going through her head. Strange, considering he was pretty good at getting a read on people. During the twenty-six-hour drive there, he’d gotten a mixture of fear and annoyance from her, but at the moment it was blank.

He ran through the few facts he’d been given about his newest assignment. Willa Belli. Twenty-four. Daughter of Jadon Belli, COO of Cordon Enterprises, a consulting firm based out of Chicago. Education level: high school. Job: none. Talks: nonstop.

He’d pretty much nipped the talking down, but he’d have to make sure she would stay out of his hair for the time being while he figured out how to proceed.

“Come on.” He started inside, leaving Willa to pull her own bag out. It might not be polite, but the few second head start he had was enough for him to immediately confirm that no one was in the house waiting for them. The motion sensors on the property were rigged to send a warning to his computer set up in the home and the app on his phone, but he’d be damned before he put a hundred percent of his faith in technology over his own senses.

“So are we just staying here for a few hours?” Willa brought her one designer bag inside.

“We’ll be here as long as we need to. Stay here.” James didn’t look at her to make sure she was following his orders, but he didn’t hear the familiar creak of the fifth board after the door to signal that she’d moved. He ran through the house quickly, flipping on lights and verifying that no one was in the shadows.

When he came back, Willa was exactly where he’d left her. “It’s clear,” he said. “Pick whichever room you want and bunker down.”

Her dark eyes bounced around the place, still not really giving anything away. “Where are you going to sleep?”

Finally she showed some emotion. Surprise. “Wait. You live here?”

“It might not be as big as you’re used to, but it keeps the elements out,” he said dryly, not used to having to defend his lifestyle to anyone.

Her eyes widened as she glanced around the place once more. “This place isn’t small. It’s empty. There’s not even a TV. How do you live like this?”

Her mouth opened but no words came out. She tilted her head and considered him for a moment. Then she ran her fingers through her hair and sighed. “It doesn’t matter. Where’s my room?”

He pointed down the only hallway. “Like I said, any one you want. My room is the last door on the right, so anywhere but there. I need to eat some real food and then I’m going to crash.” He didn’t have time to socialite-proof the place right now, but after the long trip, she was probably ready to pass out for a bit too. Which was good. The more she stayed out of his way, the better.

He might need her to take down Jonathan Sterling, but he already knew what kind of person she was. And he didn’t have time for a spoiled socialite who had gotten in over her head. 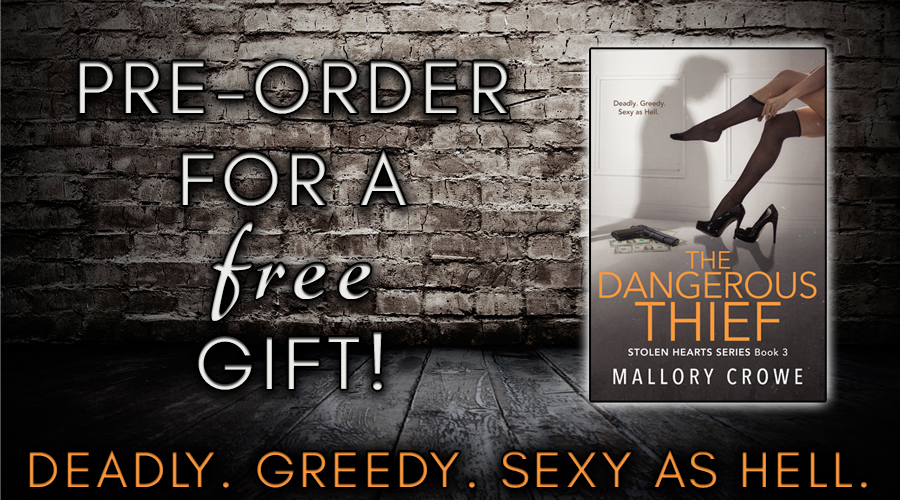