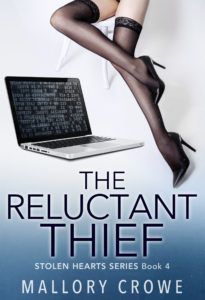 GIVEAWAY ALERT! The first four Stolen Hearts books spanned the entire United States, but the second wave of sexy criminals is about to arrive. Slade, Gage, Hunter and Tristan all have stories to tell and who knows where their exploits will lead!

Comment below with your FAVORITE or ideal setting for a Stolen Heart book for your chance to win the SECOND SIGNED COPY  of THE RELUCTANT THIEF! Good luck!!! 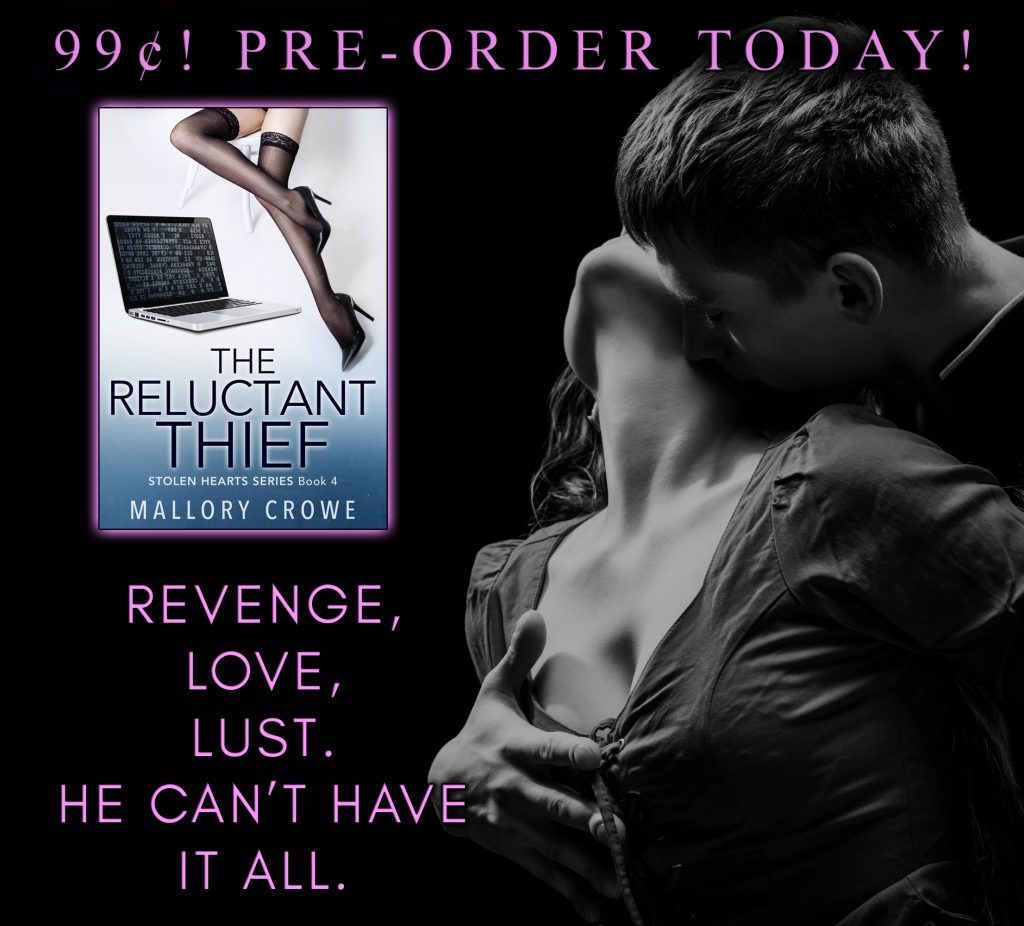 THE RELUCTANT THIEF: Chapter Two (It’s short! I’m sorry! But when you see the end of the chapter, you’ll totally understand why I had to end it there!)

Scott could tell Toni was hiding something from him. Hell, her natural state of being was hiding things from him. The main question was whether he should be worried.

There were some things he knew without question. Toni wouldn’t betray him. She wanted Sterling dead as much as he did. Sterling had arranged her mother’s murder and her sister’s kidnapping, so Toni’s fight with Sterling was personal.

But he also knew that Toni was too damn talented for her own good. Those kinds of smarts had a strange effect on people. The mixture of a superiority complex and talent led to an isolating life. And when you lived in an isolated bubble, sometimes you made choices that normally smart people wouldn’t make.

And that was what scared him. Now that she was shipping him out of state, she would be in Chicago alone. And that was damn terrifying because Chicago wasn’t a safe place for either of them at the moment.

“It’s in the front pocket of the bag,” she said. “The numbers for all the important players are under the contacts file.”

He decided to not beat around the bush any longer and came right out with it. “What are you planning, Toni?”

“Scott, it’s been a long weekend. I’m going to go to my shitty hotel, take a long, hot shower and try to wash off any memory of me ever wearing this horrid suit for you. That’s honestly what I have planned.”

Whenever someone said “honestly,” he was inclined to not believe them, but then he got the sudden mental image of Toni in the shower. An image that was much easier to conjure considering he’d actually seen her take off her shirt in front of him just a few minutes ago.

Who the hell did that? He knew they’d been working together for a while now, but she should care enough about her body to try to keep random guys from seeing her black lacy bra that was cut just low enough that it barely covered her—

“I’m not going to stay out of town for long,” he warned abruptly, forcing all of the unbridled images from his mind.

“Yeah, yeah.” She closed the trunk and took a step back. She tugged at her hair until the bun came undone and her blonde hair tumbled around her shoulders. “Take a breather, Hart. I have a feeling jail wasn’t a relaxing weekend getaway.”

He could still feel the pain in his cheekbone from where his head had been slammed into the concrete wall by one of his former coworkers. He’d never worked in Chicago, but he had acquaintances here. They’d all been quick to jump on the “traitor” bandwagon and made sure he felt the full weight of their disgust in his supposed terrorist activity.

He had never roughed up a criminal, no matter how heinous the crime, but he couldn’t say he blamed these guys all that much. People had died in that explosion. The ones who hadn’t died might be scarred, physically or mentally, for life. This country wasn’t supposed to have buildings coming down in the middle of the street. It was what he spent his entire career trying to prevent.

Not that he had a career any longer. He had quit his job awhile back to devote himself full-time to bringing Sterling down, but he always assumed he’d go back eventually. Now it was looking as though he’d never have that opportunity.

Which meant he needed to get Sterling more than ever. Because he was losing everything he had to live for, one by one. Right now, the only thing he had left was Sterling and fuck if that wasn’t the most depressing thought he ever had.

He wanted to say good-bye to Toni, but didn’t really know what to say. She was right that he owed her thanks for what she’d done to save him, but it was damn hard to get the words out. The entire situation never should’ve happened. He respected the law. He respected the force. Even though Sterling was manipulating it to his benefit, the vast majority of those guys just wanted to make the world a better place. By manipulating the system like she’d done, she’d gone against so much of what he believed in.

But that was her entire life. She didn’t play by societal rules or government laws. It was Toni’s law of the land, in her mind. She was an overall good person, so he mostly approved, but she still had a tendency to cross the boundaries of right and wrong with startling frequency.

Now that he was on the run from the law, he couldn’t exactly make his disapproval known. Not that she would care anyway. “I’ll see you when I get back to town,” he said finally.

“Can’t wait,” said Toni in an unenthusiastic voice that made it more than evident that she wanted to get rid of him sooner rather than later.

He picked up the bag and backed away. He thought he should say a better good-bye, but gave up and instead turned and walked away without looking back.

He might just have to reconcile the fact that he and Toni would never be friends. Which was probably a good thing for his sanity, but it made him feel damn uneasy.

Toni hadn’t been lying. She really did go back to her shitty hotel and take a long shower. The wallpaper might be cracking and one of the outlet covers might be missing from the wall, but the water heater worked damn well.

She probably stayed there for over half an hour, until her fingers were pruned and exhaustion threatened to take over. When she stepped out from the relaxing spray, she flipped on the news. They were still talking about the explosion in the posh side of Chicago, but they weren’t naming names, which was a good sign. She’d erased all pictures and mentions of Scott from the local news stations servers, a task that had tested the boundaries of even her endurance and abilities, but by now they could’ve gotten new information.

If Sterling hadn’t supplied it, maybe he was going to let Hart go. Maybe he was hoping he’d gotten rid of him. She just needed Sterling to hold his cards for the next eight hours. She glanced at the clock as she lay down on the bed. She wasn’t looking forward to what she was going to do the next morning, but she’d run all possible scenarios through her mind and this was the best way to get Hart off the national radar and to get Sterling where she wanted him.

She sighed and closed her eyes. Her biggest scam ever was either going to start tomorrow or she was going to end up dead.

The next morning, she felt as though she was in a daze as she got dressed in jeans, sneakers, and a feminist t-shirt. She didn’t let herself overthink anything. If she did, she’d wimp out of this.

She needed to keep her head on straight, buckle down and get this done. She’d gone through all possible routes of how she could get to Sterling. She’d made lists and charts, but this was the quickest way and put the fewest of her loved ones at risk.

Because this whole thing with Scott being arrested had been a wakeup call. Sterling wasn’t pulling punches any longer, so Toni couldn’t either. She was going right into the belly of the beast.

And those were her thoughts as she told the cab driver the address and when she walked up to the security desk.

“How can I help you?” asked the friendly guy behind the counter.

“I’d like to talk to Jonathan Sterling,” she said in a monotone voice. “Tell him it’s Toni Murray. He’s going to want to see me.” 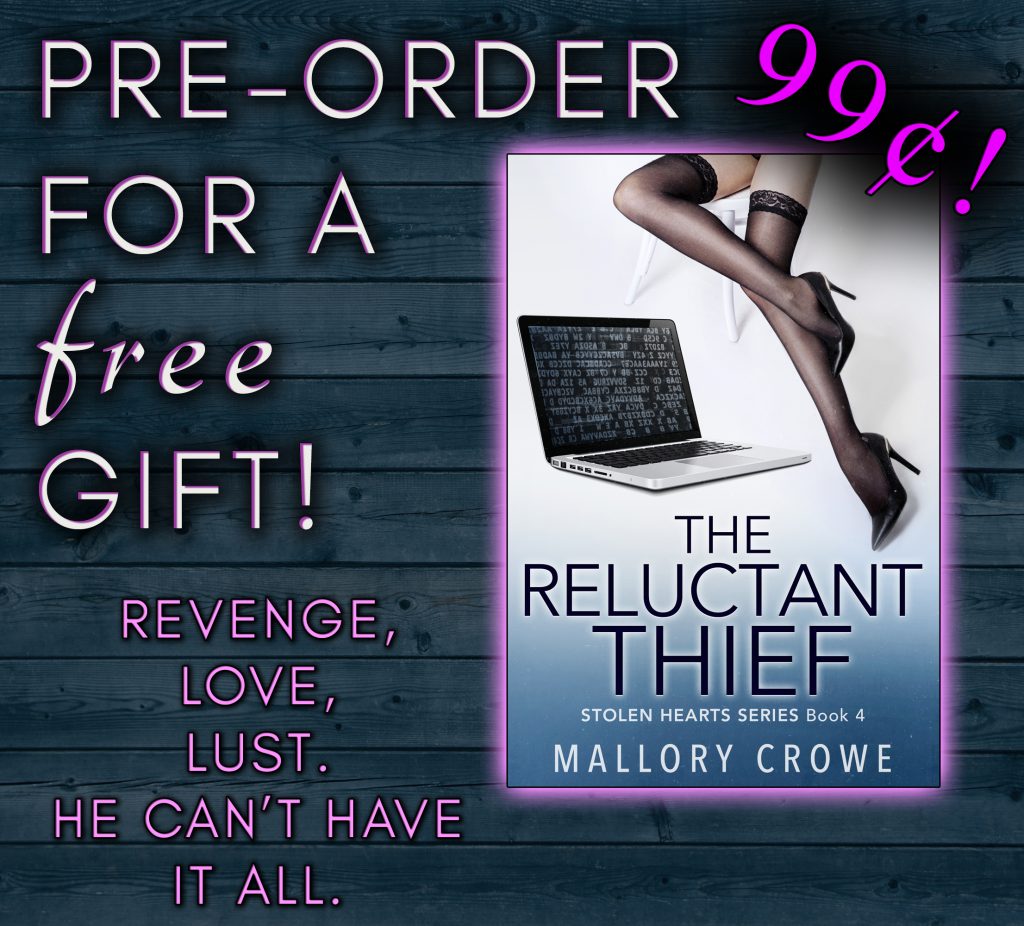