Sam Hunt is hellbent on making it on his own and stepping out of the shadows of his controlling and tyrannical family. But when Sam realizes that his father hired his former secretary, April Morgan, who quit on the spot after a slight run-in with his “fling of the week,” Sam knows that something’s not right. April is just another one of his father’s pawns in one of his sick and twisted games.

However, April is on the fast track to success and has no interest in heeding Sam’s warnings even though he’s been the leading man in many of her nightly fantasies; she’s got a job to do and she’s going to do it. But when April realizes that Sam was right all along, she and Sam team up to take down their number one enemy: Sam’s father.

Premier business consultant Simon West wants revenge–revenge against Mark DuFord, the slick and shady investment banker who’s corruption led to his best friend’s death.  Protected by wealth and political influence, DuFord has become untouchable–or so he thinks. But when DuFord’s former girlfriend seeks Simon’s help to resuscitate her company from the death of bad publicity, Simon knows that she is just the weapon he needs to finally destroy his enemy completely. All Simon has to do is pretend to love her. . .

Grace Bell has worked entirely too hard to become New York City’s top-notch event coordinator to let all of her success go down the drain with one misinterpreted photograph.  She knows that Simon has what it takes to get her company the positive exposure it needs. All she has to do is pretend to love him . . . 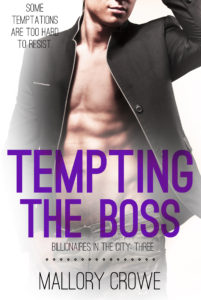 As the CEO of a multi-billion dollar retail chain, Victoria Green isn’t used to asking for help, especially not from too attractive for their own good repairmen like Dean Carey. After Victoria is attacked at her own party and Dean fights off the culprit, she’s forced to tell him her secret: Victoria’s father is on his deathbed, and her brother, who nearly ran the company into the ground, might be willing to do anything to make sure controlling interest goes to him.

Dean wants nothing to do with the ice princess CEO, even if he can’t keep his eyes off certain… assets of hers. He’s got enough on his plate between trying to get enough work to pay the bills and raising his little sister who’s growing up much too fast for his liking. Despite his misgivings, when Victoria offers him a blank check if he will keep his mouth shut about what he saw and shadow her until she can hire a more qualified bodyguard, he can’t bring himself to turn down that kind of cash.

Over the next few days, Dean learns Victoria isn’t as cold as he first thought and Victoria realizes that Dean is so much more than a handyman. But someone wants her dead and if they don’t figure out who and stop them, they might never get their happily ever after.