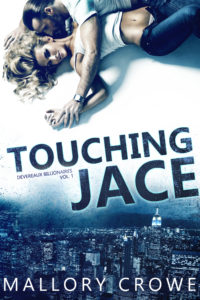 Billionaire heiress Emma Devereaux has been living a safe-yet-mundane existence in Georgia for too long, but when she learns her sister, Joslyn, has been arrested, she heads to New York City to find out what really happened. Unfortunately, as an unemployed debutante, she’s not exactly qualified to be leading an investigation. But help is at hand in the form of the handsome, former military man Jace Lance who happens to be the one who got her sister arrested in the first place.

Jace thinks Emma is crazy for even considering working with him since he’s the one who stopped Joslyn from killing his former client. However, he can’t deny that the sexy southerner is in over her head when her tycoon cousins try to hire him to make sure Emma doesn’t find out the truth about what really caused her sister’s murderous actions.

As they begin to uncover the truth together –and get to know each other intimately – it becomes clear that the more answers they get, the more danger Emma is in. Jace is determined to protect her, but how can he keep her safe when her whole family is in on the conspiracy? 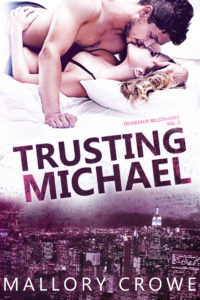 Lacking enough evidence to go the police and not enough money in her bank account to quit on a moral basis, Lori Briggs is stuck, and it’s quite clear that her boss, the criminal mastermind, intends to start mixing business with pleasure.

Michael Devereaux will do anything to protect his family’s interests–even if it means posing as a criminal for an undercover FBI operation. He’s got to keep Lori close, and his enemies closer. But when the intimacy with Lori deepens, Michael must decide what’s more important: his family or his heart? 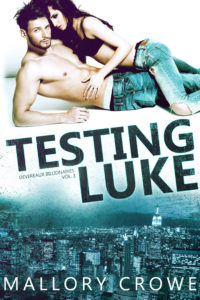 Billionaire Luke Devereaux gets what he wants and what he wants right now is to bring down the shady organization threatening his family. Teaming up with the FBI is his only option–even if that option comes in the sultry Evelyn Price, the ice-princess who’s all business.

Refusing to be distracted by the sexy, rich playboy, Evelyn forces herself to stay focused on the case, gearing up for the criminal takedown of her entire career. As the enemy closes in with Evelyn as its next target, it’s up to Luke to keep them out of danger. The more they work to protect each other, and fight for control, the harder it is to resist their undeniable attraction.

And the one thing Evelyn has learned from working with him is that Luke Devereaux gets what he wants. 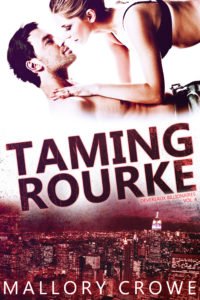 Cali thought the handsome stranger who kissed her was nothing but a mistake. But it turns out he could be the biggest payday of her life.

Cali has spent the last year of her life bending over backwards for the Devereaux brothers and she’s had enough. But when she threatens to quit, she’s given an offer she can’t refuse: If she brings the third, estranged, Devereaux brother, Rourke, back to the family, she’ll get a two million dollar reward.

Rourke Devereaux vowed he’d never have anything to do with his family again, but it’s hard to remember that vow when the sexy blonde he never thought he’d see again comes knocking on his doorstep. Even after he hauls her over his shoulder to carry her back to the car, she’s not ready to give up.

But as the two draw battle lines in his small, Maine coastal town, her old enemies pay them a visit. Now the one woman Rourke wanted to leave is under his protection and the longer he’s with her, the more he realizes he doesn’t want her going anywhere.