He knows her secret.

It would cost him a fortune.

Strong, independent Jean Hill is stuck in a dead end job with no hope for getting out of her small town.  But when a sexy and mysterious stranger offers her an opportunity for wealth, prestige, and power, Jean can’t refuse the offer.

But there’s more to Colin Carter than Jean realizes.  With ulterior motives and a plot for revenge, Colin might not be the prince charming she thinks he is. And she’s about to realize that sometimes the bad guy wins. 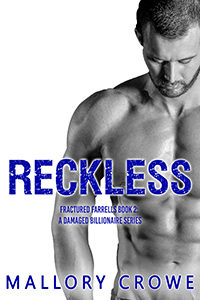 He likes control and order.

She refuses to be controlled.

With his family history, Robert Farrell has faced his fair share of problems.  Lucky for him, he’s never been confronted with a problem he can’t solve.  And when someone starts manipulating his business deals and threatening the people in his life, Robert realizes it’s time to gain control and take over.  But when he can’t control the sexy and mysterious tour guide who refuses his protection, Robert knows that it’s up to him to convince her–one way or another.

There is no way in Hell Malia Martin will be controlled by anyone–especially not by a Farrell, of all people.  Destroying her childhood was all it took for Malia to despise the entire Farrell family–Robert included.  The only thing she wants from the irresistible billionaire is distance–a great deal of distance. The only problem is:  someone is threatening Malia after her one not-so-innocent encounter with Robert on the beach.  Leave it to a Farrell to have a stalker–a stalker that’s after her now.  As Robert and Malia vie for the upper hand, their enemy closes in.  Will the alpha tame the independent woman or will he die trying?

He wants to know who tried to kill him.

She wants to protect his family’s reputation.

They both can’t get what they want.

Someone tried to kill him, and now that he’s freshly out of prison, Logan Farrell is determined to track down the real criminal.  Hellbent on spending his family’s fortune to discover who’s got a hit out on him, Logan will stop at nothing until he has the answers her wants.

But the Farrell family has other plans…

Public Relations Specialist, Julie Anne h as one job:  keep the Farrell name out of the tabloids.  With their sketchy background, it’s a harder task than she ever realized.  But when Logan’s quest for the truth puts the entire family in danger,  Julie steps in with a plan that could destroy everything Logan’s worked for.  Suddenly, Logan’s enemies are out for blood, and Julie’s caught in the middle.  Now, it’s up to Logan to end the vendetta once and for all. 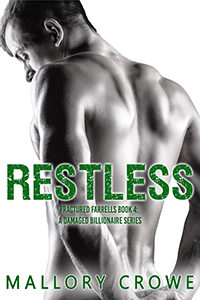 Ashley needs a husband. Not in a week, not in a year. She needs a husband now if she’s going to keep her lecherous stepfather from getting any of the fortune her mother left to her. There’s only one person she knows who is powerful enough to take on her stepfather. Alex Farrell wanted her before and she’s going to bet her life that he’s still going to want her.

Except Alex Farrell wants so much more than her body. He wants her heart.

Nathan has come to town for one reason: her.

And he’s not leaving until she’s his.

Nathan thought he’d be a happy bachelor forever, but things have changed. One by one his brothers have been falling prey to this whole “love” thing and Nathan has never come close to finding a woman who could tolerate him in large doses. Well, except for one. But this girl isn’t a fling. She’s long term, first class wife material. If he goes for her, it’s not for a one night stand. It’s for forever.

Katy Carey is busy. Too busy for love and much too busy for the assertive billionaire from her past who showed up out of nowhere and demanding they try to make things work. But as the Inn she manages starts to face one crisis after another, it becomes apparent that someone is trying to destroy the business she’s devoted her life and future to.

Now the man she just wanted to leave her alone ends up being a friendly ear, an ally and, scariest of all, her only hope.