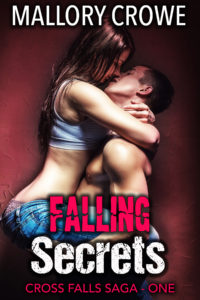 When Gabrie gets laid off, she decides to take her ex, Darren, up on his offer to move to Cross Falls Plantation to help him fix up his old family home. This is exactly the fresh start she needs, but when Darren neglects to tell her he has a twin brother, and she accidentally sleeps with Jack, she’s got to decide just how much she wants to tell Darren.

After Darren takes an unexpected trip out of town and Gabrie is left alone with Jack, she starts exploring the oversized plantation and
realizes her roots in the town go deeper than she ever could’ve imagined. 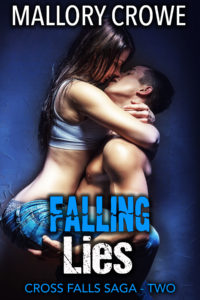 Gabrie knows the wise and sensible thing to do is try to fall back in love with her ex, Darren, knowing she never should have let him go. But when his brother, Jack, gets into a car crash caused by his own hard-headedness, she can’t turn her back on him just because of her
unhealthy attraction to the bad boy. As much as she wants to feel something, anything, for the ex she should’ve kept in the first place, Gabrie can’t help the constant sizzle and spark that ignites whenever she and Jack are close.

But the night of Jack’s car crash, old feuds in the small town were reignited and if Jack can’t get Gabrie to run for cover, she might never escape Cross Falls. 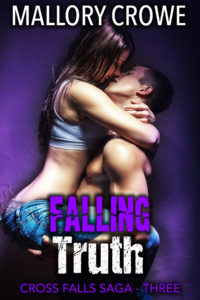 After confirming that Cross Falls and her mother’s murder are intricately connected, Gabrie kicks both of the brothers out of the house and refuses to let any of the Cross family back into her life until she figures out what they had to do with her mother’s death. Except the killer is closer than Gabrie ever could’ve guessed…

Enter your email address to join my Readers’ Group and get your free books – They will be delivered to your inbox. You’ll also be kept up to date about new releases and other giveaways coming up soon (I give away lots of cool stuff)! You can unsubscribe at any time.