Please enjoy this special scene from THE BEAUTIFUL THIEF, the second book in the Stolen Hearts series! 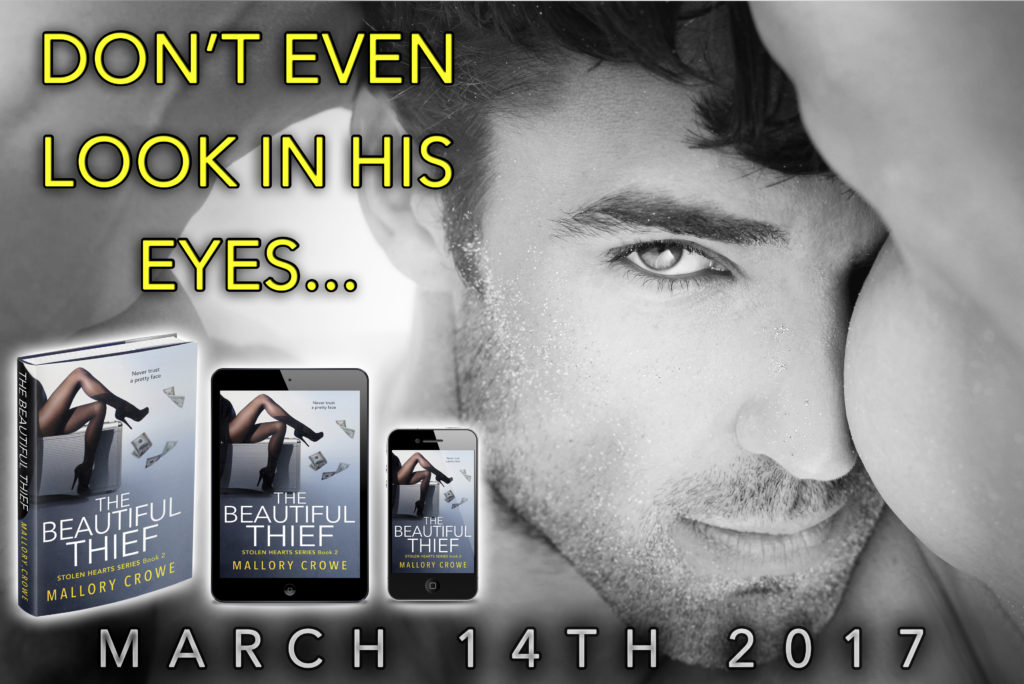 RELEASE WEEK SPECIAL: For 7 days only, THE BEAUTIFUL THIEF is 25% off, so get it at this special price while you can!

Adam cut the engine and stared up at the invading angel. He clenched his jaw but didn’t say anything as he tied up his skiff. He figured this would happen sooner or later. She’d proved herself as the type that didn’t give up.

However, this was a hell of a lot sooner than he expected. He climbed the ladder until he stood on the patio with her. There was only about six feet of space, and the place could feel crowded with only one person.

Melody hadn’t moved away from him, but why would she? Nowhere to run. Even if the muck around the boat didn’t trap her, the elements would. So now that he had his little angel all to himself, what was he going to do with her? He tilted his head as he considered her. She was relatively well-dressed for the swamp. Long pants, shoes she could move in, and a light shirt to fight the heat. Everything looked brand spankin’ new but served its purpose. The shirt was low-cut and he could see her breasts rising and falling with each deep breath. One sign of her discomfort. If he had his way, she was about to show a lot more signs.

Confusion passed over her face. “You get what?”

“You want to die.” She seemed taken aback by the suggestion, but it made all the sense in the world to him. “You came to Chicago but I distracted you before you could get yourself caught by Belli’s guys. And now you want me to finish the job.”

She tightened her lips and her hand rested over her bag possessively. Adam wondered whether she had the same gun as before or whether she’d bought one once she’d gotten down South.

“If I wanted to die, there are easier ways than coming out here and tracking down the likes of you.”

“Yeah, but that would be suicide, wouldn’t it? And you’re too prideful for that. But if the villain who killed your mom did the deed, that would just be poetic, wouldn’t it?”

She took a deep breath. It probably wasn’t possible for her to get any more tense, but he could see the flash of rage in her eyes when he brought up Isobel. Maybe if he pissed her off enough, she’d leave him for good.

“You didn’t kill her,” she said. The words were forced, clipped.

Adam took one step forward, a subtle reminder of how trapped she was. “You don’t really believe that, do you?”

“I didn’t come here for revenge on you. I came to find your accomplice. The one who did the shooting.”

“And if I give you that name, all will be forgiven? Maybe we can be besties. Email each other our daily activities.”

She frowned. “I don’t think you know what the word ‘bestie’ means.”

The corner of his mouth turned up at the unexpected remark. “You don’t live in a place like this if you like being around people.” He took one more step, bringing him within reach of her. “But you strike me as the type who doesn’t respect other people’s privacy.”

“I’ll pay you. Whatever you want.”

She didn’t look surprised. Good. His opinion of her would’ve been sorely lowered if she thought she could barge in here and buy him off.

That one had him laughing out loud as he took that one final step that brought him right in front of her. “Aw, darlin’.”

She took a nervous gulp, and the cords in her neck and collarbones strained under the tension. She was going to have a headache for weeks after this little exchange.

He didn’t mean to, but his hand reached out of its own accord. When the pad of his thumb brushed her bottom lip, she didn’t jerk away or hit him. She just sucked in a breath and stood stock-still as her eyes drifted shut.

He could look at her all day… “I think you’re forgetting who’s the hunter and who’s the prey here.”

End of Bonus Scene! Make sure to pick up THE BEAUTIFUL THIEF today!