Hey! If you haven’t already gotten your copy of Slade and Liv’s love story, here’s a special sneak peek! Enjoy!

Get your copy today! 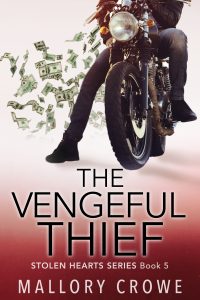 Read on for the explosive first meeting between Slade and Liv….

She could feel herself coming closer and closer to the edge; she tossed her head back and blinked as the orgasm approached. Except the mystery man wasn’t between her legs anymore. He stood above her and stared down at her as she worked on herself.

She gasped in surprise at the strange turn the fantasy took when she realized it wasn’t a fantasy. There really was the silhouette of a man standing over her bed and staring at her. One big scary ass man.

And that’s when she screamed.

Slade shouldn’t be surprised. If he’d been in the middle of what this woman was clearly in the middle of, he would’ve probably screamed too. Yet he found himself in momentary shock. He wanted to shut her up, but he already knew he’d overstepped too many bounds, and touching her after he had already entered her room without permission was a step too far even for him.

He held up his hands as a sign that he wasn’t a threat, even though he knew the gesture was mostly pointless. “I’m not here to hurt you,” he said, even though he didn’t think she could hear him over the sounds of her screams.

Then she bolted to the side of the bed and he saw the cell phone out of the corner of his eye.

He cursed in frustration as he admitted defeat and bolted into action. She was fast, but he was faster. As soon as she grabbed the phone, he was around the bed and had both of her wrists in one of his hands. She tried to twist around to fight him, but as she moved and writhed, she just wiggled herself right where he wanted her. For her safety, obviously.

The closer she was to him, the easier he’d be able to control her. Unfortunately, that involved tucking her in close with one arm around her waist, holding her flush against him while his other hand still controlled her wrists to keep her from twisting around or wildly swinging at him.

Since she wasn’t wearing any pants, as she kicked at his shins, parts of her body writhed against parts of his. He had to grit his teeth and pull on all of his self-control to detach himself from what was happening and try to get some semblance of control over himself and the situation. “Whoa,” he said carefully into the woman’s ear. “I’m not here to hurt you.”

“Well, you are!” she screamed before she slammed her bare foot particularly hard into his shin, a move that had to hurt her more than it hurt him. He stifled a grunt and gripped her tighter.

“I’m not trying to,” he said weakly as he belied the words by pulling her wrists closer until she was completely held in his arms. The only parts of her that were free were now her legs, and even those kicks were becoming weaker and weaker as she saw how ineffective they were.

But he knew she wasn’t becoming docile. On the contrary, he could see her mind working and calculating the next way she was going to attack him. He had to respect the fighting spirit in her, but at the same time, he didn’t want any trouble.

She didn’t finish the sentence but he had a feeling it had to do with her current state of undress. He thought it would be a damn shame to see any part of her curvy body covered up, but he knew they wouldn’t get anywhere if he kept her half naked.

But letting her get some pants on had its own set of troubles. “If I release you, you’re not going to go for your phone. We’re going to talk about this like two rational adults and then we’ll laugh about it. Got that?”

There was a pause before she nodded, and he could tell she was lying out of her curvy little ass. But if he didn’t let her go, they sure as hell wouldn’t get anywhere. He released her and in one fluid motion bent to snatch up the phone that had fallen on the carpeted floor in the struggle. She immediately pulled her shirt down, stretching the soft fabric to its limit to cover as much as she could of her upper thighs and behind. Slade backed away and gave her room to get dressed without actually turning his back. Just because he had her cell didn’t mean there was no other way for her to reach for help.

She glared at him as she grabbed some shorts— noticeably no panties, though—and pulled them over her hips. The pajama set was probably too big for her and looked as if some soccer mom who had long since given up on life should be wearing them. But the clothes still showed the curve of her breasts, and her hard little nipples poked against the fabric as though saying, “Look at me! Look at me!” and it took way too much effort for him to avoid that silent command…

Do you want to know exactly how these two continue to drive each other crazy? Pick up your copy today!